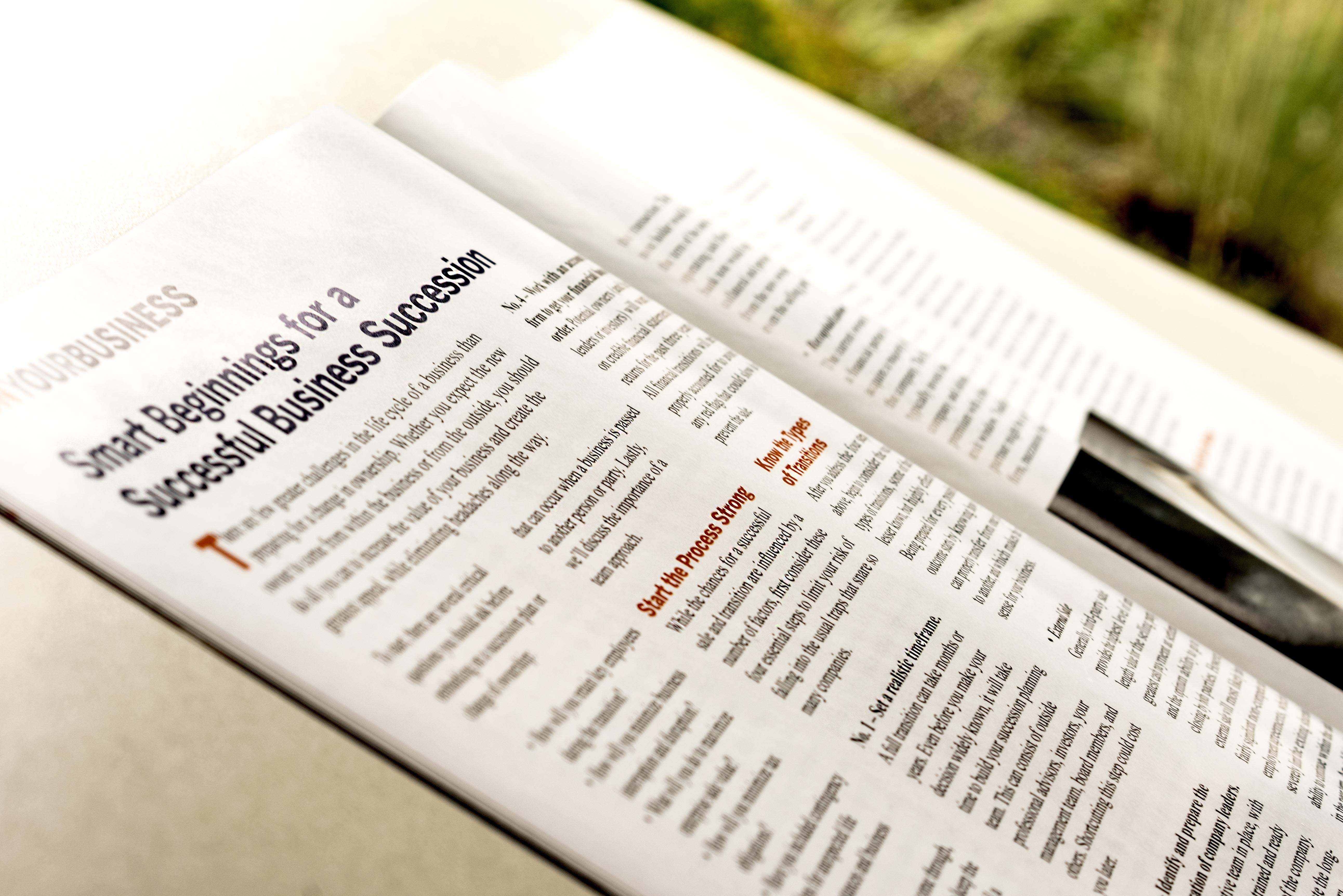 This article appeared in June 2019 issue of Industrial Distribution.

There are few greater challenges in the lifecycle of a business than preparing for a change in ownership. Whether you expect the new owner to come from within the business or from the outside, you should do all you can to increase the value of your business and create the greatest appeal, while eliminating headaches along the way.

To start, there are several critical questions you should ask before embarking on a succession plan or change of ownership.

At first, this list can seem overwhelming. But as with any big undertaking, proper planning and support can alleviate considerable obstacles and stress. To make sure you know how to get the above questions answered, we’re going to look at the four steps to take at the outset to limit your risk. We’ll then review the multiple types of transitions that can occur when a business is passed to another person or party. Lastly, we’ll discuss the importance of a team approach.

While the chances for a successful sale and transition are influenced by a number of factors, first consider these four essential steps to limit your risk of falling into the usual traps that snare so many companies.

A full transition can take months or years. Even before you make your decision widely known, it will take time to build your succession planning team. This can consist of outside professional advisors, investors, your management team, board members and others. Shortcutting this step could cost you later.

2) Identify and prepare the next generation of company leaders.

Have an executive team in place, with employees highly trained and ready to continue the work of the company. Communicate and negotiate the long-term vision of the company. They will need to feel positive about the prospect of change and the future direction of the company for a smooth transition.

3) Have operating systems and processes in place.

Give your employees the benefit of a solid foundation from which to grow or adapt with the new ownership. A tight ship will also appeal to potential owners who won’t need to start from square one.

4) Work with an accounting firm to get your financial house in order.

Potential owners (and their bank lenders or investors) will want to rely on credible financial statements and tax returns for the past three years or more. All financial transitions will need to be properly accounted for to avoid raising any red flags that could slow down or prevent the sale.

Know the Types of Transitions

After you address the four steps above, begin to consider the various types of transitions, some of them lesser-known, but highly effective. Being prepared for every possible outcome starts by knowing how you can properly transfer from one party to another and which makes the most sense for your business.

Generally, a third-party sale provides the highest level of arm’s length value for the selling party, the greatest cash payment at settlement, and the optimum ability to go to closing by both parties. However, an external sale will most likely have fairly significant non-compete and employment agreements, which will severely limit the exiting shareholder’s ability to continue within the industry in the near term. An additional concern with an external sale is that it creates the most exposure to future change in operations, employees and company culture.

Under a new ownership structure and management team (which could be family members, key employees or a combination), a company will secure funding from a bank in order to buy out the current owners, or the existing owners provide self-financing of the transaction. The bank or selling note holder would be paid off over the term of the note using future operating cash flows. Generally, a banknote would require significant collateral and personal guarantees from the new owners and perhaps even the selling party.

The current owners would identify a financial partner willing to acquire a majority of the stake in the company. The financial partner typically invests heavily in the company and ultimately seeks a premium with a three- to five-year exit window. Traditionally, a financial partner may be a private equity firm, mezzanine firm, or financing firm that may have developed a particular niche in the particular industry. While there is exposure in a recapitalization transaction, there may be a considerable benefit if the future or second-level exiting transaction is successful.

An Employee Stock Ownership Plan (ESOP) trust is formed in order to acquire stock from the selling owners in exchange for liquidity. Shares are then allocated over time to the accounts of eligible employees based on various factors. The ESOP offers the opportunity to create significant tax savings to the selling C corporation shareholders as well as to the continued operating company, if the company makes an S corporation election.

Now that we’ve outlined the various steps to take prior to succession and the various ways a company can be transferred, the important to remember that no one can do this alone.  You will need the sound advice of lawyers, financial advisors and accountants experienced in business ownership transfers to create a formal business succession plan.

If done properly, a well thought out succession plan makes the process not only seamless but agile enough to overcome changes and unforeseen obstacles along the way. Enjoy the process and the rewards, because it’s typically a once-in-lifetime opportunity.

Todd A. Feuerman, CPA, CCA, MBA is a director in the audit and accounting department of Ellin & Tucker. He may be reached at tfeuerman@ellinandtucker.com.